The Endeavor team, you guys just want to see us win- which I love! Max Tuchman

Through this series “Where Are They Now?” we will be interviewing Endeavor Program graduates on their most recent successes and challenges as they seek to scale in Florida.

We recently sat down (virtually, of course) with ScaleUp Program Cohort One graduate Max Tuchman, CEO and co-founder of Caribu. The interview has been edited for brevity.

Congratulations on being named one of Apple’s Best of 2020 Apps and getting mentioned in a tweet by Tim Cook! That’s huge! How do you feel?

This isn’t the right way to say it but…. VINDICATED.

I feel like there have been a lot of people that didn’t think Caribu would succeed… and I feel like we finally were recognized in a way that shows people how important what we’re doing is and validated. Maybe that’s the word validation. We always knew, from the first moment.. I never gave up on Caribu because I knew that this was an excellent idea and that the world needed this and that Alvaro and I were the right founders to work on this.

Getting [this recognition] to me just felt like no one could question whether we were a great product that filled a need that had great potential with the best damn team around. And run by Latinos and woman-led.. from Miami. A Latina-run, Miami based company could produce something like this. That is possible!

Maybe vindicated is the right word!

I know you’re a big Beyonce fan. What song of hers would describe your current moment, the way you feel and why?

Two songs. One, obviously “Who Run The World? Girls!” Done.

And then second, she has a line in one of her songs. I can’t remember the name of the song, but she has a line at the end where she says, “the best revenge is your paper,” and that’s how I’m feeling right now.

When did you realize that there was an opportunity in the market for Caribu?

Since day one, obviously, because I left a great job at the US Treasury Department to take a chance on this great guy that I met on Founder Dating named Alvaro. So since Day 1, I thought there was an opportunity in the market.

But the moment that I felt I had data to support that was in 2019 when we did a Product Market Fit survey… and we found that 46% of grandparents could not live with Caribu. That’s the moment! This is an antibiotic, a life support for certain people.

What were your biggest challenges scaling the business to what it is today?

The second big challenge was trying to build something, in the beginning, with no money and no team. And that’s what founders do, you bootstrap and you do everything.

The other big challenge was growing exponentially. We 10Xed the company in March of last year. In 24 hours! Insane. The last year was challenging in a positive way, it’s a good problem to have. Scaling the operations was our biggest challenge of 2020.

You’ve raised money in the past. You’re one of the very few Latinas in the US who has raised more than 1M. Tell us about your experience fundraising and what your advice to other entrepreneurs, particularly female entrepreneurs would be?

Know going into it that this is going to be a place where you’re fighting an uphill battle, even though all the data supports that investing in women has better returns, for whatever reason we’re not given equitable access to meetings, to investors, and to capital.

Do you know the Ginger Rogers quote? It’s that. I had to do it all backward and in heels.. and with less money! That’s my quote of the year.

Also, be creative. There are a lot of sources of capital. Not everyone has a business model or a company that should have VC. As Michelle Abbs says, “You can be Bankable or Backable”. So really understand your business model.

You were part of Cohort One of Endeavor’s ScaleUp Program! What can you tell us about your experience in the program and what you took from it?

Endeavor’s brand is so strong. I knew that I was going to be getting high-quality programming, high-quality mentors. There’s a lot of accelerators and incubators out there and we’ve had great success because we’ve been very selective about the ones we’ve been a part of.

I loved the level and quality of mentors that participated in the program. I would’ve loved more women, but I know that’s something you’re working on. But simply, the quality of the network is incredible!

And also, the amazing support from your team. And that’s why I built my business in Miami. That’s why I will continue to build and grow here. I don’t have that same collaboration and support from Silicon Valley. The Endeavor team, you guys just want to see us win- which I love! 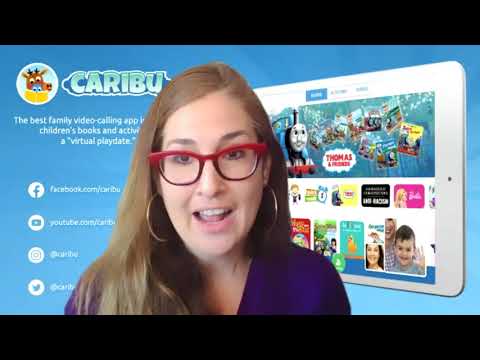 Share
Stay up to date on our entrepreneurs, events, research and more.